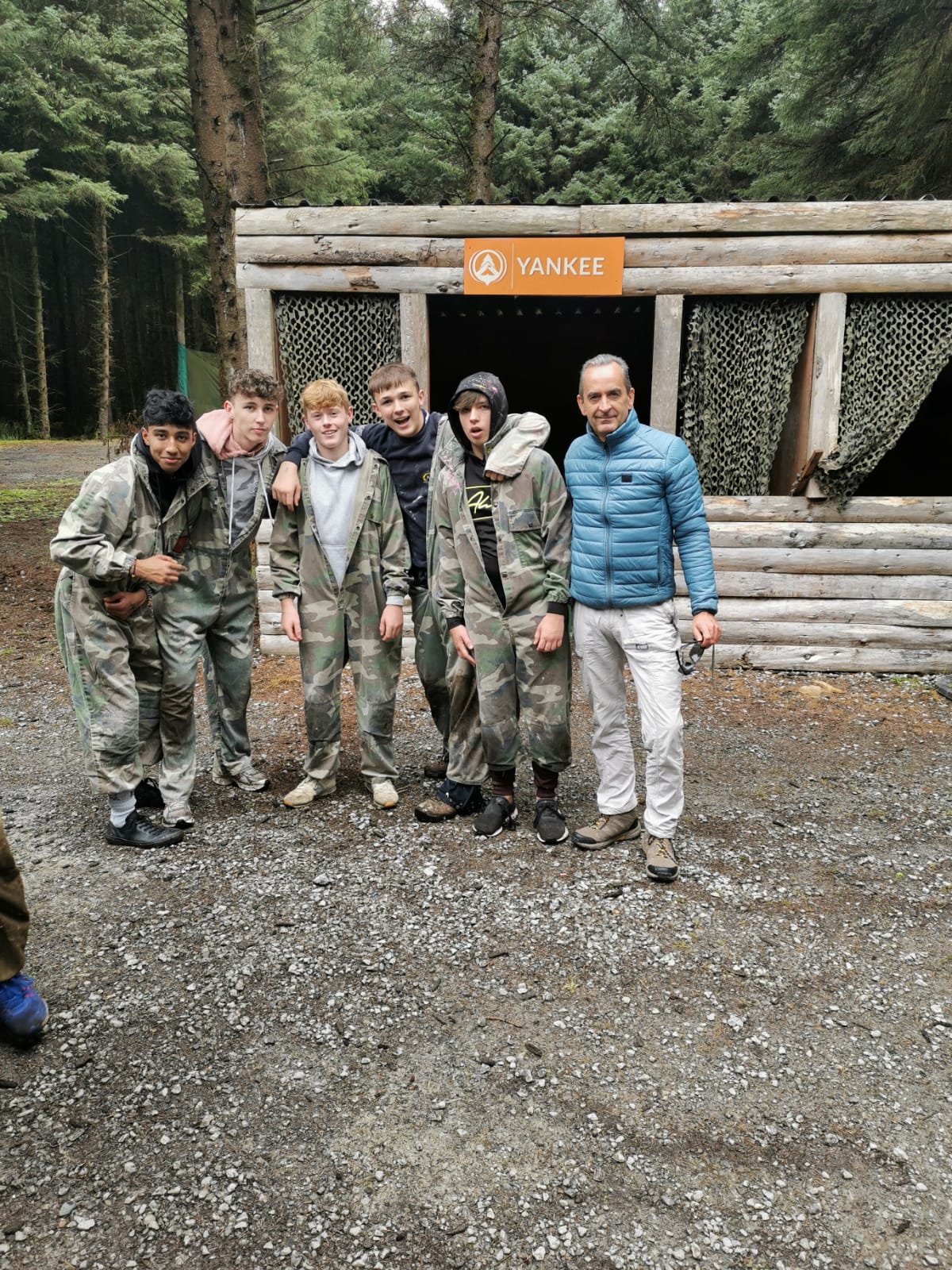 Last Monday, the Patrician Academy Transition Year group attended a bonding trip in Shanagolden, Co. Limerick. Departing at 8:15am, the bus arrived at Basecamp at around 10am, leaving the students to a day of fun and enjoyment. The students were split into two groups of roughly 30 students per group. Group A went to do the paintballing side of the day to begin with, while Group B were left to start off with archery. The archery was played like golf in the sense that the students split themselves into groups of 4 to go and play through 18 targets acting as holes. Each hole had a foam animal with a target painted on most commonly the animals’ torso. Each group of 4 made up their own scoring system as the game progressed. This being 1 point for a hit outside the target, 2 points for inside the first ring and 5 for a bullseye, for example. The scores were counted at the end and a winner was decided. The students all gathered for lunch & pictures before swapping activities. The paintballing consisted of 2 teams, attackers & defenders. The attacking team had to push the defenders back by shooting at their opponents to knock them out and advance quickly to thus push the defending team further back. Once the attacking team got about 3 quarters of the way towards the back wall of the arena, they were to shoot 4 targets located in the trees peppered throughout the arena. The team with most targets hit at the end of the time limit won, or in the case that both teams hit the same number of targets after the changeover, it was the team which did it in the least amount of time won the game. Every student that attended had great fun and all said that they would highly recommend Basecamp to anyone looking for a great day out.