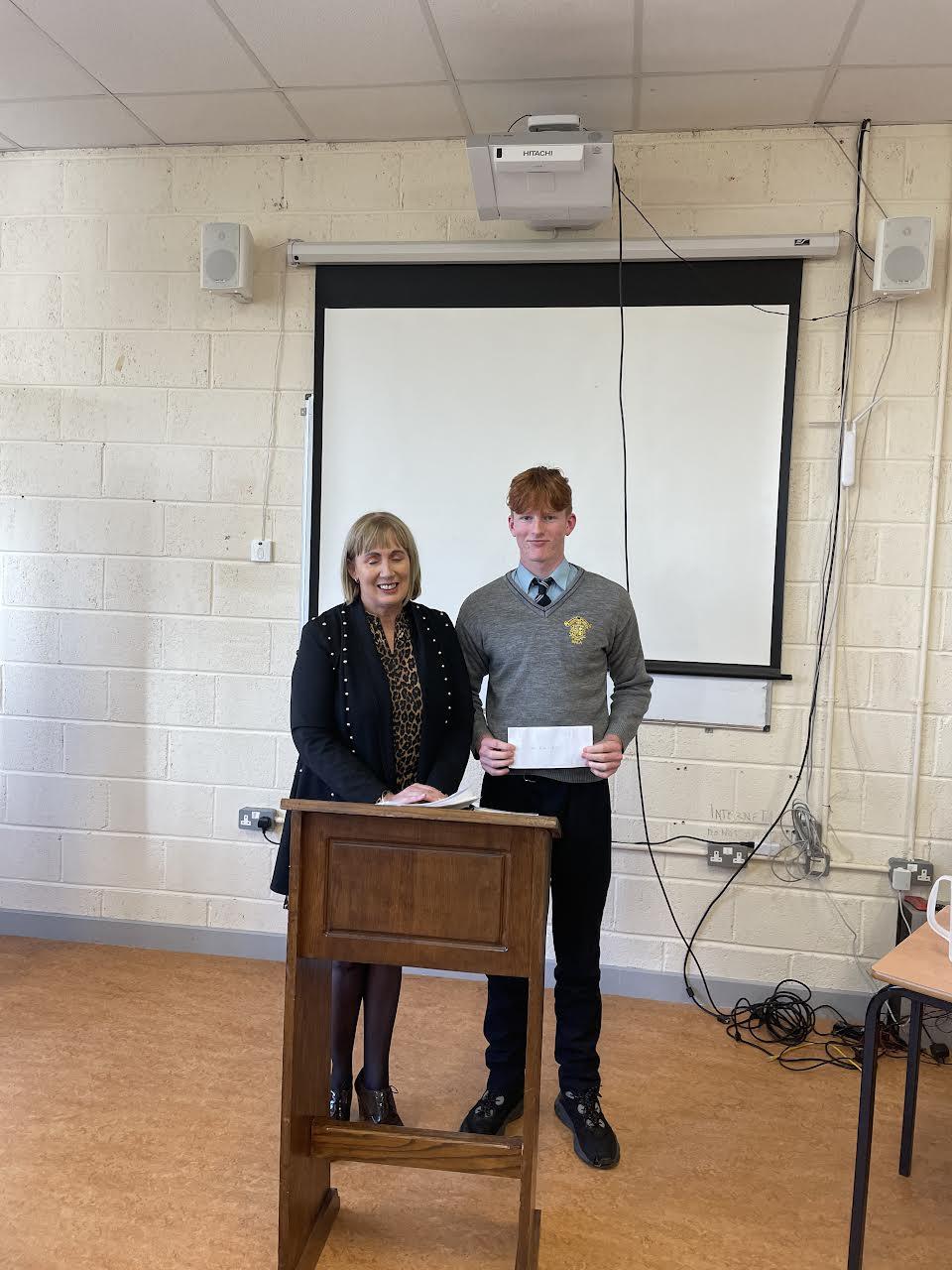 On the 17th of November 2022, the Interschools Public Speaking Event organized and run by the Student Council and members of the Transition Year Global Citizenship Class in the Patrician Academy Mallow took place. The event was attended by a selection of students and teachers from Nagle Rice in Doneraile, St.Mary’s in Mallow, Colaiste Mhuire in Butevant and the Patrician Academy. Two speakers from each school were there to speak about some very pressing issues in our society.

The event began when Mrs. Regina Glynn, head of the Student Council in the Academy, gave a warm welcome to the adjudicator for the event Mary Bradford and all the guests before introducing the Deputy Principal, Mr. James Delaney who spoke about the importance of public speaking as a life skill for all the students involved. Next, the MC for the event, 6th year student and Chairperson of the Student Council in the Patrician Academy, Michael Corbett reiterated the welcome to the guests and spoke about the importance of young people having a voice in our society. The final person up before the speeches began was a representative from the TY Global Citizenship Class, Roman Barkowski Hogan who reminded the speakers of the rules and introduced the topics.

The first speaker of the event was Marie Colman from St.Mary’s in Mallow who spoke eloquently about Diversity. She spoke about the connection between Diversity and Human Rights before making the audience question whether or not the society they lived in was truly Diverse. Next up was Conall Corbett from Nagle Rice in Doneraile who gave a riveting speech on whether or not a society should be judged on its treatment of the vulnerable. Focusing on the homeless and the lack of affordable housing Conall grabbed the audience’s attention through his use of statistics and rhetorical questions.

The third speaker of the event, Freya O’ Riordan from Colaiste Mhuire in Buttevant spoke on the topic of Racism in Irish Society. Freya spoke confidently throughout her speech using some moving examples of people who had been a victim of Racism in Ireland. The fourth speaker was Leo Merrick from the Patrician Academy in Mallow who had a great presence when speaking about the treatment of the vulnerable. He reminded us of the importance of looking after the older people in our society when he stated that thirty seven percent of older people in Ireland feel lonely. After these four excellent speeches we had reached the halfway point of the event.

Shortly after the second half began when Michael Cobeett introduced the second student from St.Mary’s, Grace Goulding, who spoke passionately about the treatment of the vulnerable. She told the audience that seven hundred and fifty thousand people all over the world are classified as vulnerable and reminded them that they did not choose this fate. The next speaker was Yasmin Friedrichs who gave a very well structured

speech on Diversity and Unity in our society. Yasmin gave the audience some very current information on the topic and made some brilliant personal observations. The seventh speaker of the event was Jennika Joyce from Colaiste Mhuire in Buttevant. Jennika had an amazing presence and her use of gestures and eye contact captured the audience’s attention. She spoke about Racism in Irish Society and gave some sad examples of direct experiences that she had faced. The final speaker of the event was Patrician Academy student Mark Heavin who started with a quote from Bob Marley before speaking about how health truly is wealth. He used the example of Frank Sinatra who had attempted suicide and suffered from alcoholism to remind the audience that money doesn’t buy happiness.

All the speakers were outstanding and compelling from beginning to end. After much deliberation the adjudicator Mary Bradford introduced herself and gave a background into her life as an aviation solicitor in Ireland and abroad. She then gave each speaker praise and advice before announcing the results. In third place, it was Leo Merrick from the Patrician Academy, in second place, it was Grace Goulding from St. Mary’s in Mallow and in first place it was Jennika Joyce from Colaiste Mhuire in Buttevant. Congratulations to all involved as the event was a magnificent success and was extremely captivating from start to finish. To quote the MC for the event Michael Corbett there are “No loser only leaders”and all the speakers should be proud to have represented their school at such an event. 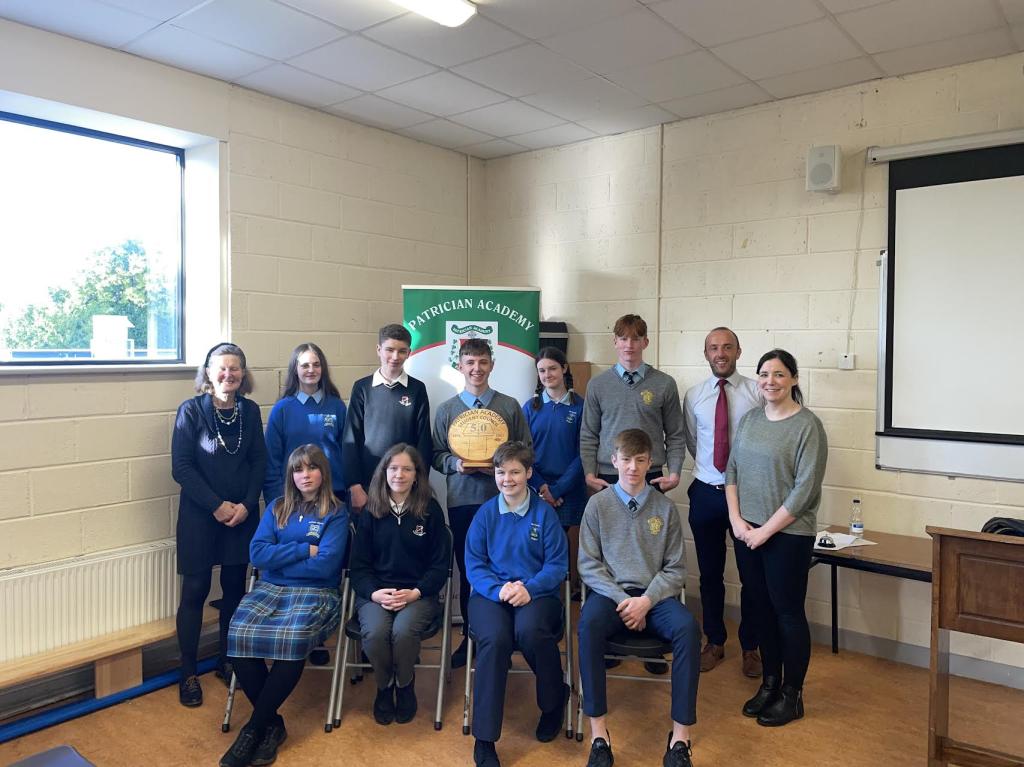