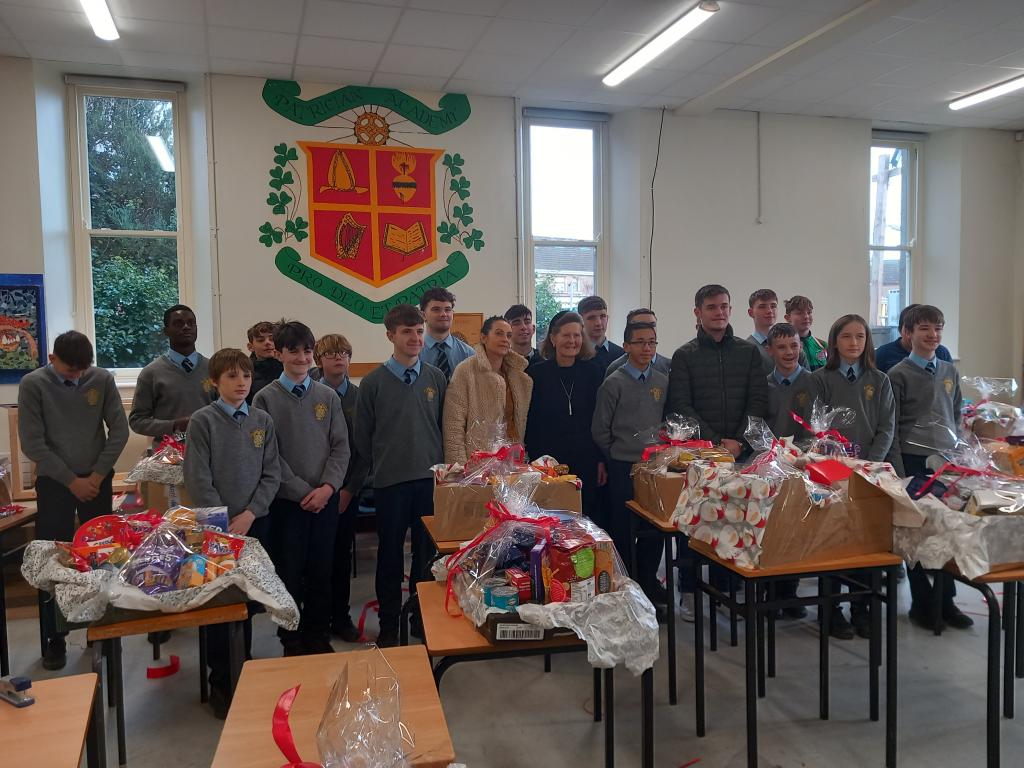 There was a bin (yes, a bin) that had Christmas wrapping paper around it outside the office entrance in which students and teachers  would leave their non-perishable food . Later that day we would collect the food and put it in supermarket bags to store until the big day of making the hampers would arrive. We were collecting cardboard boxes around the shops near us and storing them in the meeting room.

I mainly helped out by collecting the food and putting it into bags, but one day Mrs. Glynn asked Harry Punch, Donnacha Harrington and I collected extra boxes from Dunnes and Tesco. I would like to thank and wish a Merry Christmas to all of the shops who stored and gathered the boxes for us, particularly the lady who helped us in Tescos.

The 8th of December ‘Hamper Day’ finally arrived.  Keelan Hill and Ciaran O’Donovan and I sorted out all the donated food. We were joined by the rest of the Junior Council and some Senior members and we transferred it to the Monastery hall. It took us over an hour to decorate and distribute the food into 45 boxes. Each hamper had: one cereal box, one bottle of cordial, lots of cans of food, packets of pasta and rice, pudding, jelly or custard, sugar, a box of tea bags, a jar of coffee and tomato sauce etc. Treats like biscuits, sweets and boxes of chocolate were also included. Finally we wrapped them with cellophane and tied a big red ribbon around them.

From what I counted, over forty five hampers were created on the day. Thank you speeches were made, photos were taken by the Vale Star and The Corkman of the Council of St Vincent De Paul representative, the myth, the legend, Kevin Quilligan, a fantastic volunteer for them.

We also presented hampers to representatives of Le Cheile: Mags Millan and Jamie O’Connell and a representative of C.O.P.E. My job for this report is done and dusted. I would like to thank all the Student Council members who helped throughout the year, and also I would like to give a special thanks to Mrs. R. Glynn, the student council coordinator, who made everything possible. 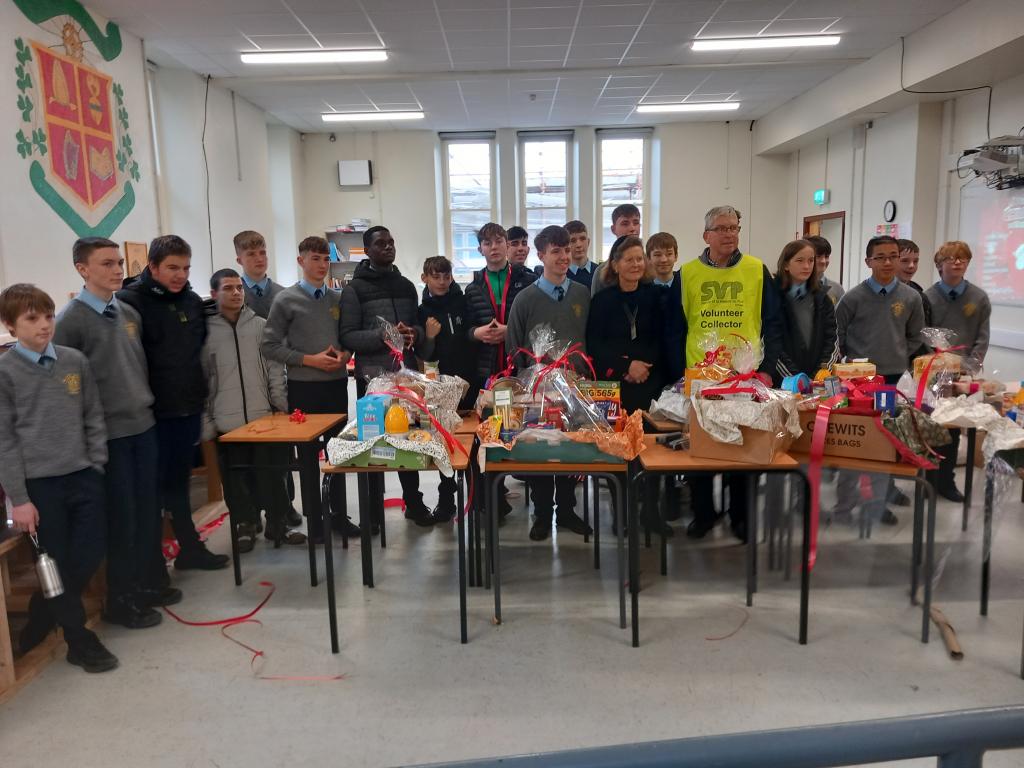