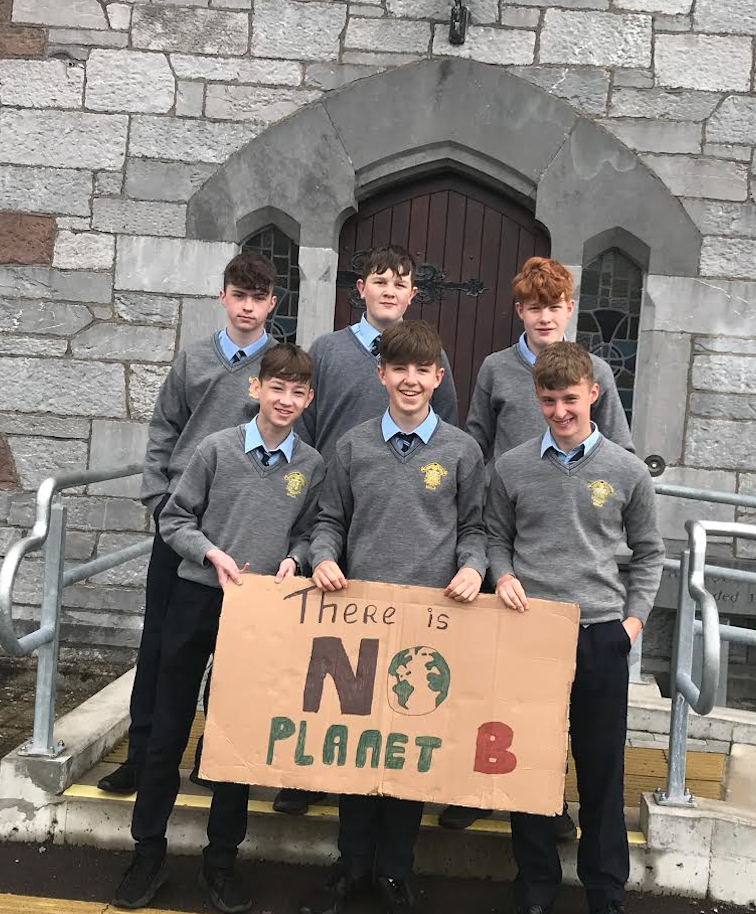 Academy Students March Against Climate Change in Cork and Mallow

Last Friday, the 20th of September, millions of people from over 150 countries, left their school, work and home in order to join their local youth climate strike. I was among the attendees. I had become familiar with the strikes through Comhairle na nÓg, an organisation giving young people their say in politics. Many of the people I met there are heavily involved in the climate change debate and were frontrunners at the event. I had learned about our climate emergency though my CSPE classes in the Patrician Academy. I’m no expert on the crisis but I definitely wanted to support the up and coming global strike. I went to Google and of course, Cork City was the nearest location hosting one. I contacted some of my friends and to my surprise, nobody even knew it was on, not to mind wanted to attend. I inquired at St Mary’s, the neighbouring girls school and yet again to my surprise, no one knew a thing about it. I had some friends ask around to see if I could garner any interest, and as expected, there were buckets of it. In the end 23 people, 6 boys and 17 girls confirmed their availability.

We arrived in Cork Kent at 11:40, ready to walk 20 minutes towards Grand Parade, the rendez-vous point. The strike was starting at 12:20 and we arrived with time to spare. No matter how unfamiliar you were with the city, you couldn’t have missed the colossal crowd filling the street, from newborn babies to the elderly.  The crowd was diverse in every category, but united by a common goal; Show The Irish Government that action needs to be taken in order to repair our damaged climate, damage that will soon become irreparable. The strike started to great success. People marched, waving homemade signs and banners. Those who couldn’t join the strike stuck their heads out of windows to catch a glimpse at the spectacle below. After the march, everyone sat and listened to the event’s speakers. They expressed their animosity towards the decisions being made by the government and demanded change. Everyone saluted the speakers in a rebellious raised closed fist, symbolising their readiness to fight for a future. The event ended at about 2 o’clock and we headed home on the train, hoping we had made an impact and that it would be seen in the United Nations emergency climate summit in New York this coming Monday.