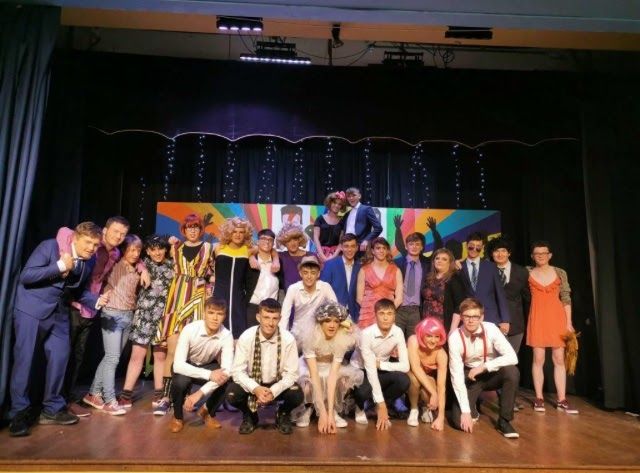 The Patrician Academy go “Back to the 80s”!

On December 11th & 12th last, the Patrician Academy transition year students went “Back to the 80s” to put on a spectacular show, one that was not to be missed!

The spectacular show B ack to the 80’s tells us the story of a 1980’s student by the name of Corey Palmer Sr and his senior year high school friends.This energetic show sees Corey take us back as a 1980’s student to William Ocean High School, watching
himself and his friends Alf and Kirk start their election presentations to be senior
class president and vice-presidents, only to have the opportunity stolen by bully
Michael Feldman, who was truly ‘the cool kid in school’. To make Corey’s life even
worse, Michael has also stolen away Tiffany Houston who was Corey’s longtime crush.
Comically this isn’t the only relationship on the scenes with teachers Mr.Stevie Cocker and Ms.Sheila Brannigan fighting in their not-so-secret romance.

Add in a charity concert for Africa, a Star Wars-inspired dream sequence, and a final
showdown between Michael and class geek Feargal McFerrin. Back to the 80’s is a non-stop collection of music, fun,singing , and dance for all ages. The music score included a wide variety of popular 80’s hits such as “Video Killed the Radio Star”, “Total Eclipse of the Heart”, “Love Shack”, “Footloose”, and “The Time of My Life”.

It was a show, truly not to be missed!