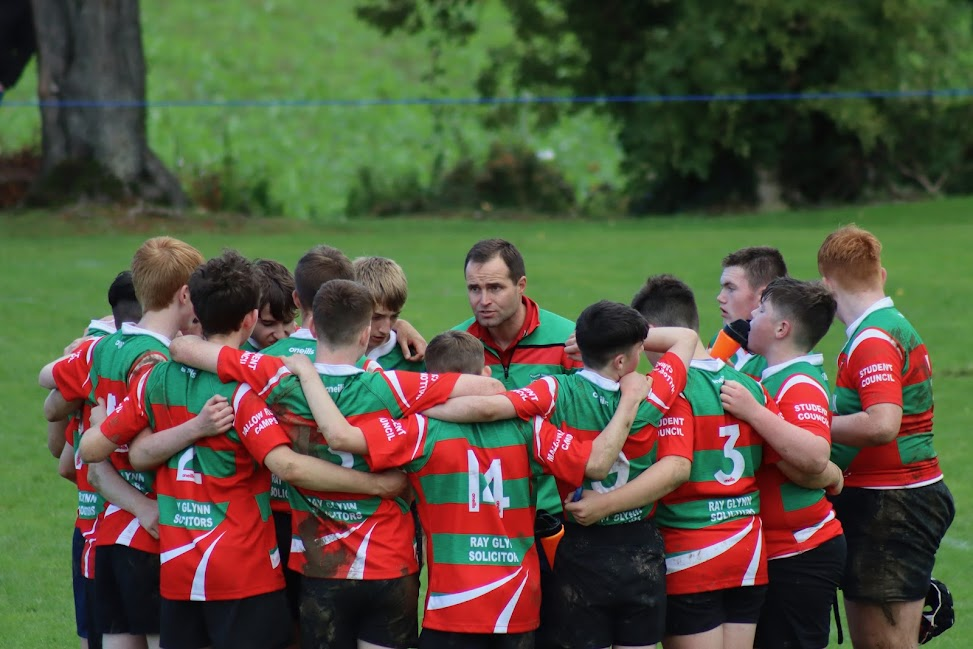 On Tuesday, the Academy senior rugby team hosted Tarbert Community School in the last 16 of the O’ Brien Cup. The visitors threatened on occasion but it was the Mallow school who were dominant throughout the first half, being well marshalled by scrum-half and captain Joe O’ Sullivan as well as out-half Barry Taylor. Tries from O’ Sullivan and Ronan Lankford as well as a try and a penalty from the boot of Michael O’ Meara saw the Academy take a 20-7 lead into half-time.

As the second half began, the home side really punished a young and inexperienced Tarbert team right from the off. Standout performances from James Lysaght, Kian Lane, Collin Relihan and Conor Barrett ensured the Academy kept a strong foothold over their opponents. Further tries from Dan Foley, David Ahern, Lankford (with another 2 tries) and substitute Fionn Roche saw the hosts run out comfortable 49-7 victors. In the next round, they will face St Brogans of Bandon who are also off the back of a strong last 16 win.