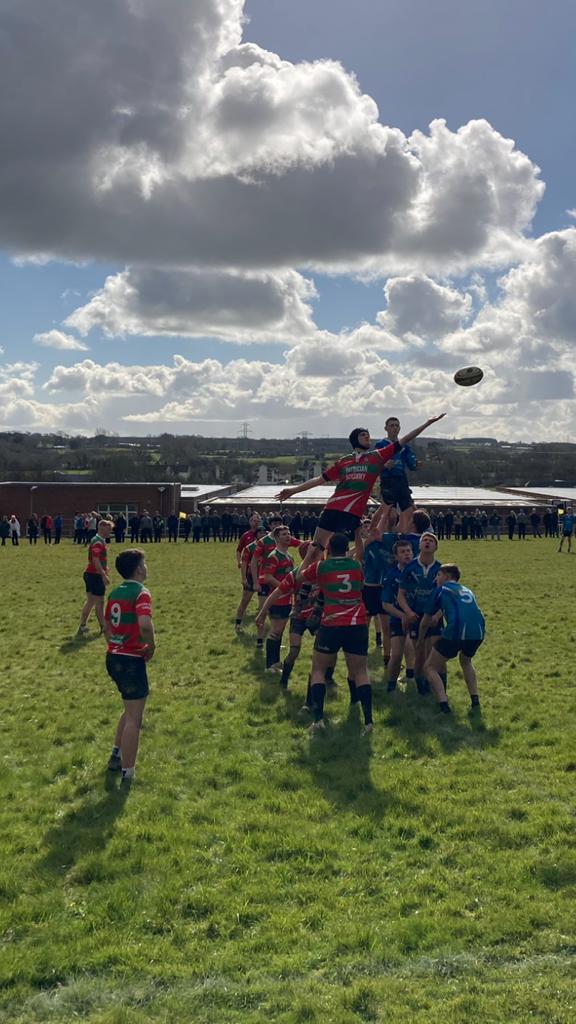 O’ Brien Cup Quarter Final:
St Brogans (Bandon) 17-19 Patrician Academy
Try scorers: Darragh Clifford, Cian Nugent, Kieran Buckley
Conversions: Barry Taylor (2/3)
Motm: Joe Cagney
Academy proceed to Semi-final.
The Academy were the visitors in this O’ Brien Cup quarter-final against St Brogans. A misty afternoon in Bandon saw the Academy race into a 12-0 lead after 15 minutes thanks to tries from the excellent back rowers Cian Nugent & Kieran Buckley. Brogans played their way back into the tie with a try to make it 12-5 at half time. Pack leader Darragh Clifford crossed the whitewash 10 minutes into the 2nd half which Barry Taylor expertly converted from the sideline. Brogan’s again fought their way back into this game with a pair of tries of their own but the Academy held on to emerge victorious on a scoreline of 19-17.
MOTM: Joe Cagney