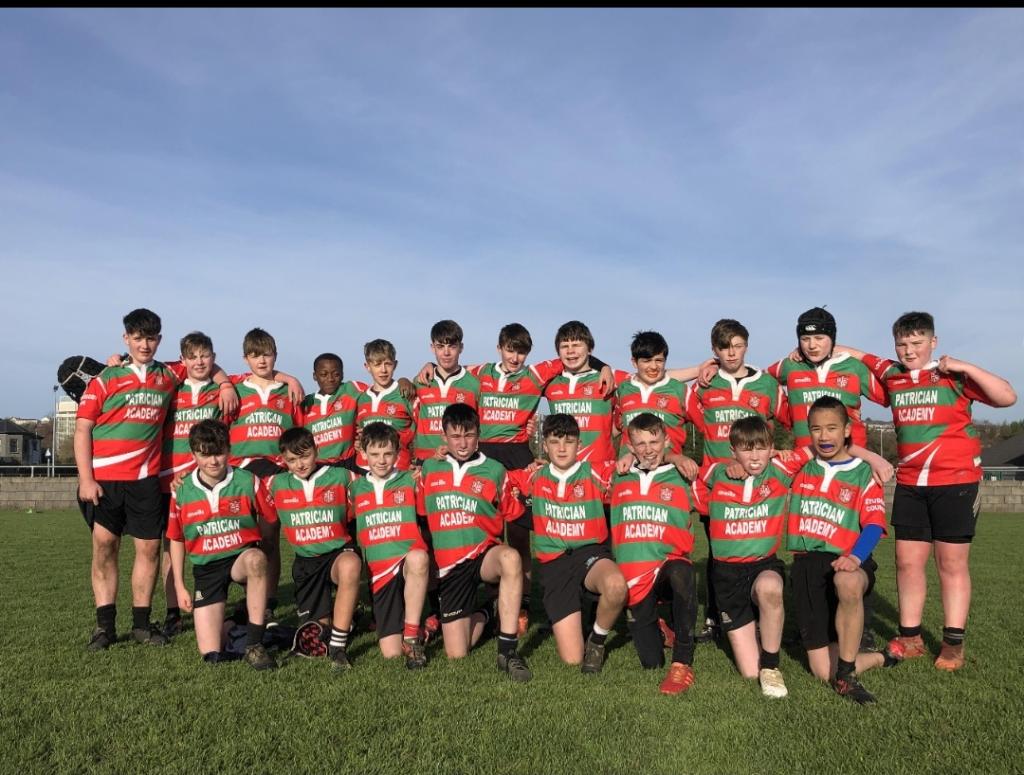 The Patrician Academy faced Bandon Grammar in their first match of three. We started off well and defended well against Bandon for the first five minutes of the game before Darragh Carroll scored a try coming out of a ruck about ten yards from the try line, assisted by Charlie Casey. The Academy briefly held the lead but Bandon Grammar stormed back into the game and they eventually won the opening match on a scoreline of 15-5.

The Patrician Academy got off to a great start in their second game against Blarney with a try from kickoff by Johnathon O’Callaghan which Diarmuid O’Riordan converted. The Academy continued to play well and scored another try from Cian O’Mahony which Diarmuid O’Riordan again converted.The Academy continued to score with a fantastic score from Ciaran Fitzpatrick. And finally, a great try scored by Connor Kenny which was the last try, again converted by Diarmuid O’Riordan. The final score in this game was 27-0. An all round great performance from The Patrician Academy.
Match report by Jonathan O’ Callaghan

Mallow played CBC in their final match and got off to a good start with two back to back tries by Johnathan O’Callaghan. After the two tries, Johnathan was subbed off and Cathal Murphy came on for him. The next try saw Diarmuid O’ Riordan catch the ball at his own 5 meter line and then run the pitch and score. Jack Corcoran got over the line for a try but it was disallowed because of a knock on. Christians scored a try of their own and then Jack Corcoran scored a try just before the whistle blew up for full time. It was a great performance by the lads, winning 29-7.